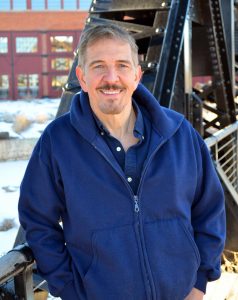 While attending university on a fine arts scholarship, Joe Bright spent a lot of time playing the guitar, writing songs, and performing with a band. He won the KFC songwriting contest while in college, and no, he wasn’t writing jingles about chicken. He also won a battle of the bands.

To support his artistic pursuits, he took time off from college and worked in the oil fields of Wyoming, where he met some interesting characters he could draw upon in his writing. He also spent a few years with a dance group, touring Canada and Europe.

After receiving his English degree, he went to work as a technical writer for Thiokol, the manufacturer of space shuttle rocket boosters. Yes, they’re the ones responsible for the 1986 Challenger disaster, long before Joe worked for them.

Joe later taught English in Honolulu, Hawaii, and Berkeley, California. During this time, he began focusing seriously on his writing. He currently resides in Longmont, Colorado.